The AND gate behaves in the same way as the logical and operator: Output is true when both inputs are true and any otherwise false:

The OR gate behaves like a logical inclusive or: Output is true if either or both of the inputs are true and false if both inputs are false:

A logical inverter, alias NOT gate, has only one input and reverses logic state:

A NAND gate works like an AND gate followed by a NOT gate:

The NOR gate is a combination OR gate followed by an inverter:

XNOR (exclusive-NOR) gate is a combination of an XOR gate followed by an inverter:

The NAND and the NOR gate can be considered to be "universal" because you can make any of the basic operations out of its combinations: an inverter, an OR gate or an AND gate. Non-inverting gates do not have this versatility since they can not make an invert.

Integrated circuits have many individual circuit components in a single package. For example, the 7400 chip has 4 NAND gates. See resources for datasheets.

In the below circuit an XOR gate is created with NAND, NOR and NOT gates. Three chips are used: the 7400, 7402 and 7404. All inverters are on one chip. Both NAND's are on the same chip too. The chips are IC1, IC2 and IC3 in the diagram, the order in which they will be placed on the breadboard. Using gates located on one chip is also why the pins are numbered as they are (no need to look up datasheets while wiring).

These diagrams were made with SmartSim.

The resistors are sized to insure that the inverter circuit operates in digital mode.

For building the gate circuits, get:

If another transistor is added in series with the transistor in the inverter circuit, a NAND gate is created.

If another transistor is added in parallel with the transistor in the inverter circuit a NOR gate is the result. IOW, a NOR looks like two NOTs sharing a single pull-up transistor of 1 KΩ.

If "today is Monday'" is true then "Not(today is Monday)" is false. This logical expression translates into English as "today is Not Monday" and this makes it easier to see that it is false if today is indeed Monday. Explanations like that rapidly become convoluted and difficult to follow and this is part of the power of Boolean logic. You can write down arguments in symbolic form. To simplify the handling of complex binary connectives, the mathematician George Boole developed Boolean Algebra, using ordinary algebraic notations AND, OR and NOT. Alternatives that you may encounter are ^ for AND, v for OR, and either over-score or prefix for NOT.

The above tables next to the digital gates are called truth tables.

Suppose you want to build a security system which only works at night and responds to a window or the front door being opened. If you have light sensors you can use these for giving off a signal indicating the truth of the statement:

We can make the propositions as complex as we want:

Boolean operations are carried out in a well defined order or "precedence":

Expressions inside brackets are always evaluated first, overriding the default precedence order. The Boolean equation of the Burglary in progress block diagram in fully bracketed form:

Using the precedence rules this can be simplified to:

And there are rules to manipulate Boolean expressions. The most simple are the rules for the unary operator NOT:

General rules for AND and OR

The first group of simplification rules uses one variable:

Notes on these projects are hosted on the UnDisConnect wiki: 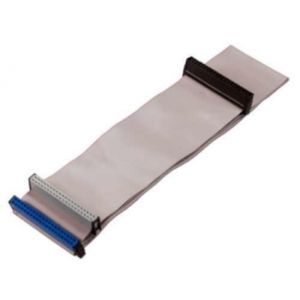 You can buy solderless breadboards in a shop or online. Mind that you pick scalable like the SD-12 so you can hook up breadboards together and they become reuseful for other projects such as prototyping our own embedded water management and short range radio (repeater) systems.

Alternatively, start gathering and collecting IDC ribbon connectors (Floppy drive cables, old HD cables, SCSI cables) to build your own breadboards with. To do this, you will also need a solder iron, hot glue, wire (for example telephone wire will do), a small screw driver, and a clamp. This board will also be scalable. Fine grained scalable. :D

With the transistor operating in digital mode, it will be configured to carry the maximum (on) or minimum (off) current from the collector to the emitter that the circuit will allow.

TTL (transistor-transistor-logic) chips were developed with use of transistor switches for logical operations and defines the binary values as:

The 7400 series logic chips have been manufactured since the 1960s and were used to design and build computers but they are no longer used for that. They still have many uses in teaching digital logic. They are easy to obtain and fairly inexpensive. They draw a lot of power and must be supplied with +5 volts. Individual gates may draw 3 to 4 mA. The low power Schottky versions of TTL chips draw only 20% of the power, but are more expensive. These chips have LS in the middle of their model number.

CMOS (complementary metal oxide semiconductor) chips are lower in power requirements (drawing about 1 mA) and operate with a wide range of supply voltages (typically 3 to 18 volts). The CMOS model number will have a C in the middle of it. A bigh drawback is extreme sensitivity to static electricity - they must be carefully protected from static discharges.

PMOS and NMOS (p- and n-channel metal oxide semiconductors) offer the advantage of higher component density than TTL chips. They too are sensitive to damage from electrical discharge.

Sensors can be video, sonar, radar, inductive, magnetic, capacitive, PVDF wire, pneumatic treadle. These use use significant electrical power, so each sensor must be connected to the power distribution network. New types of sensors can use magnetic technology. Clusters of such sensors transmit data to a receiver mounted on an electrical pole up to 300 meters away, which relays the data to a processing station. The nodes can operate from a small internal lithium battery for at least 10 years and are vulnerable to heat and shock.