What is a fake cell tower?

Fake cell towers (also known as IMSI catcher) are devices designed to intercept the traffic of a mobile phone and track the movements of the user's phone [1] pretending to be a "legitimate" cell tower [2]. 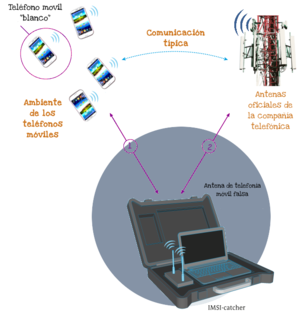 By the way they work IMSI catcher are considered a "man in the middle" attack [3]. This is defined as an attack that acquires the ability to read, insert and modify at will, messages between two parties without any of them knowing that the link between them has been violated. The attacker should be able to observe and intercept messages between the two victims [4]

There is evidence that such devices have been used for surveillance purposes, for example in Ukraine the mobile phones of those attending a large demonstration were tracked and then massively received a text message stating "Dear subscriber, you have been registered As a participant in a mass disturbance "[5]. In Latin America, it is known that governments like Mexico and Colombia have bought such devices.

Unfortunately fake cell towers are becoming easier to get and their price can be as low as $ 500. Depending on the model there is evidence that not only can intercept the traffic of a phone but also can also inject malware.

A first step would be to have a database of the "legitimate" cell towers and the list of legitimate companies that provide these services and have the necessary operating permits. There are some databases such as: http://opencellid.org/ 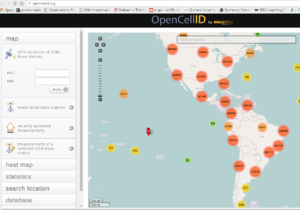 There is also information about the frequencies where they should operate: http://www.spectrummonitoring.com/frequencies/frequencies2.html#Mexico

63/5000 Example of frequencies in which cellular telephony can operate

And you can have a look at the development of the GSM network:

There are also some applications that can be downloaded from the following free app repository: F-Droid is a software repository (or "app store") for Android applications, similar to the Google Play store. The main repository, hosted by the project, contains only apps which are free software. Applications can be browsed and installed from the F-Droid website or client app without the need to register for an account. "Anti-features" such as advertising, user tracking, or dependence on non-free software are flagged in app descriptions.[3] The website also offers the source code of applications it hosts as well as the software running the F-Droid server, allowing anyone to set up their own app repository.

In order to detect possible false antennas, you can download from F-Droid the following applications: 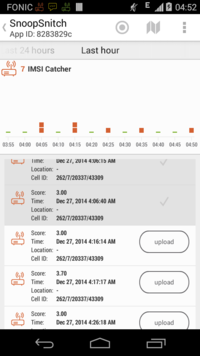 SnoopSnitch is an Android app that collects and analyzes mobile radio data to make you aware of your mobile network security and to warn you about threats like fake base stations (IMSI catchers), user tracking and over-the-air updates. With SnoopSnitch you can use the data collected in the GSM Security Map at gsmmap.org and contribute your own data to GSM Map. This application currently only works on Android phones with a Qualcomm chipset and a stock Android ROM (or a suitable custom ROM with Qualcomm DIAG driver). It requires root priviliges to capture mobile network data.

How to protect yourself from fake cell towers?

If your phone allows it you can change its configuration options so that it does not connect to all available cell towers. For example on an Android phone you can go to: Configuration > Wireless and networks > More configuration > Mobile networks and there you can change > Network preferences GSM/UTMS for using 3G or 4G if your smart-phone allows it and also choose for > Network operators > Choosing manually the antennas to connect.

You can also isolate your mobile using a Faraday phone pouch, please read this other tutorial on the topic [6]